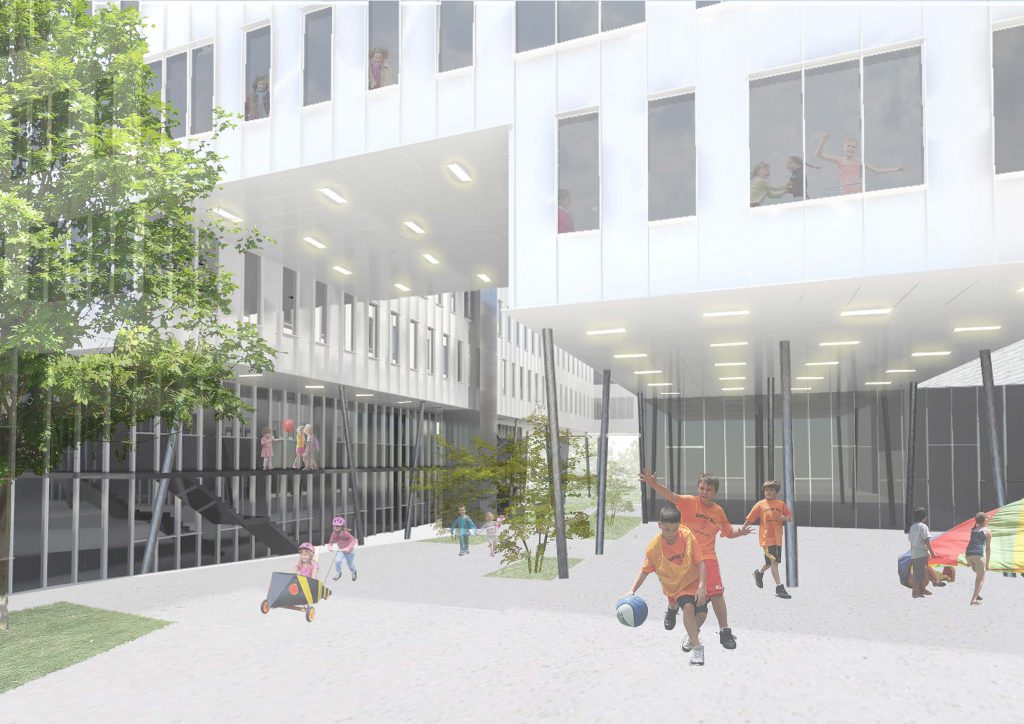 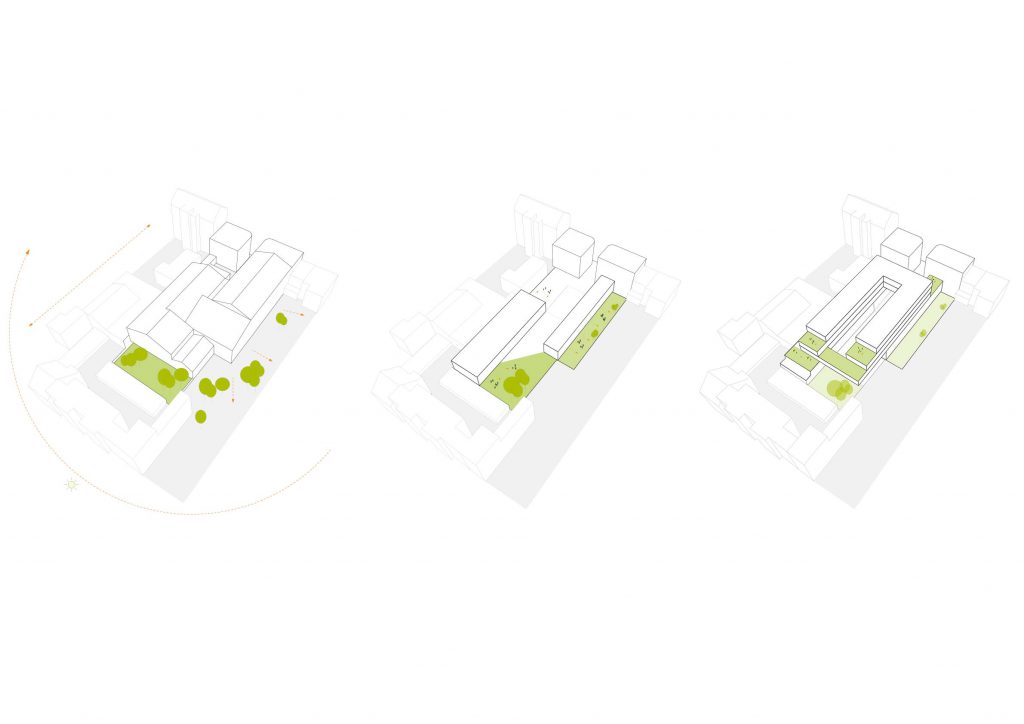 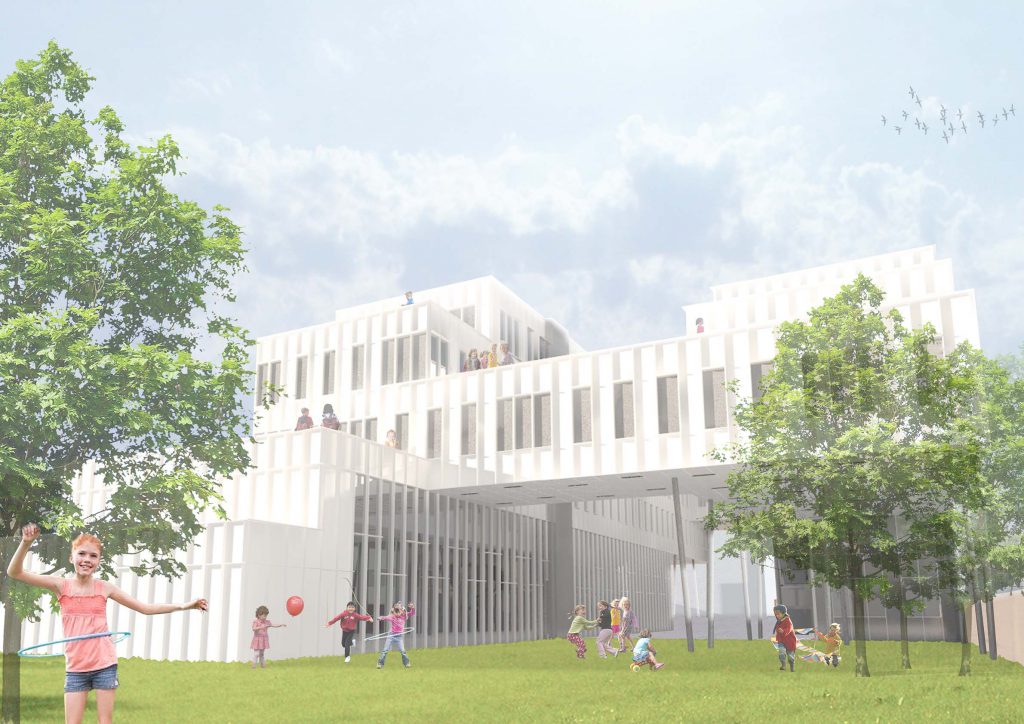 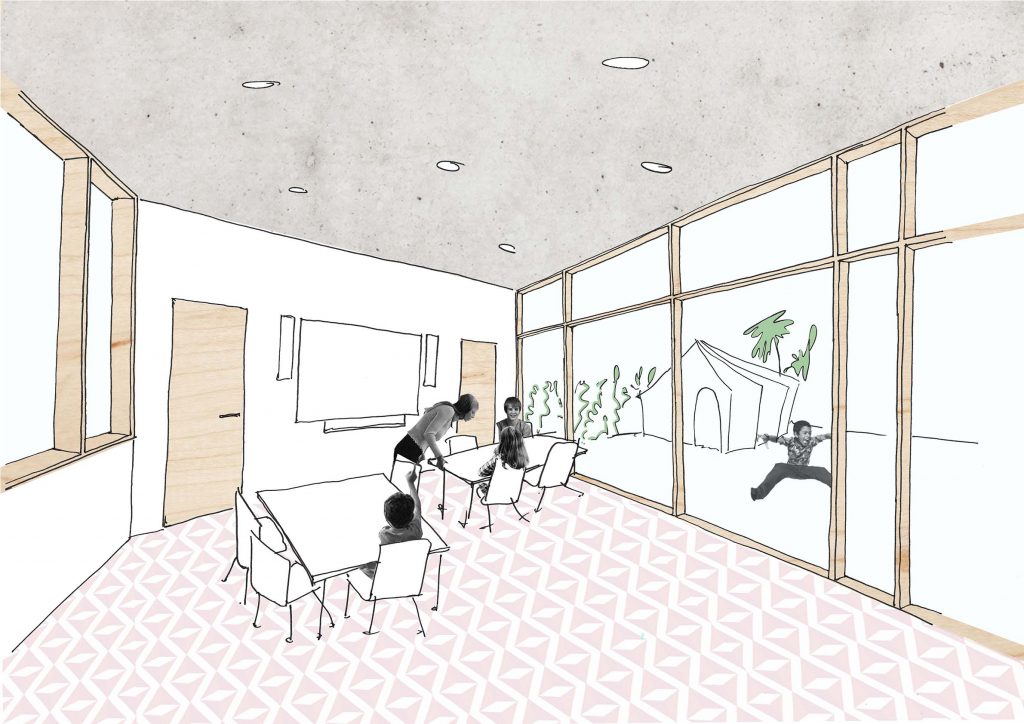 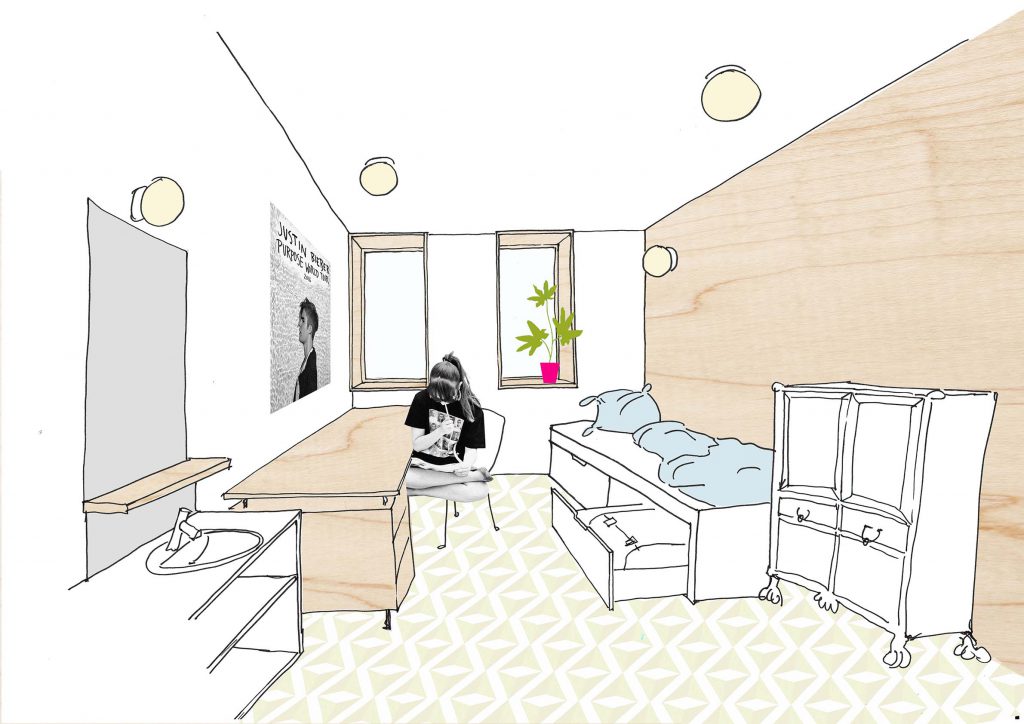 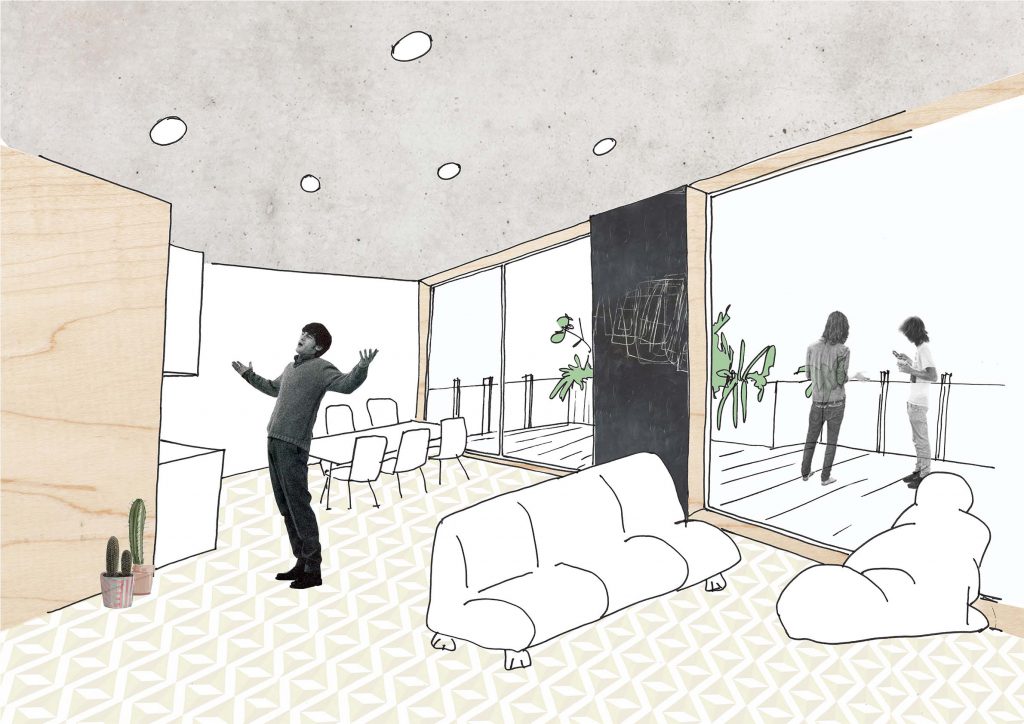 KARMA-architecten is selected as partner of a team with OMGEVING and Zampone architectuur to participate in the competition for the realization of a boarding school in Sint-Pieters-Woluwe. The project is realized for the very specific target group of children of fair vendors and sailors and has to be realized on the protected heritage site of the former SONART cinema. The protected buildings in which the school has to be realized are for the moment in use by the University for Audiovisual Communication ‘RITS’.

To prevent a home for the moving parents of fair vendors and sailors, in 1959, the first specialized board school was established with both a Dutch and French speaking department. In 1984 an autonomous Dutch campus was started in the P.E. Devroyestraat in Etterbeek. To do so a former mansion with park was restored and reconverted. Meanwhile Flanders has 4 boarding schools for fair vendors and sailors’ kids of GO! The new project will replace the oldest campus of Etterbeek.

The boarding school will be home to kids from 5 up to 18 years old. The new school will be designed to house 100 kids which (in the design of KARMA-architecten) will be located in a volume that contains different living groups that are situated above a big open space. The classrooms will be located on the ground floor together with the public functions such as the refectory and sports facilities. Those functions will all be in direct contact to the outside space. The challenges within the design related to daylighting and acoustics were studied in detail by the engineering office in building physics ‘Daedalos-Peutz’.